A team focused on the client

Inicio | About us | Our Team | José Manuel Serrano Alberca 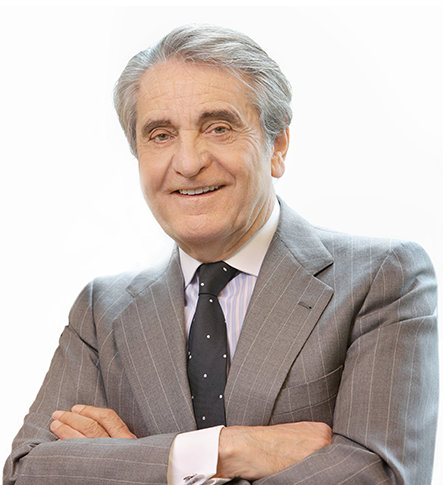 “When the client turns to a law firm, he seeks solutions, not predicaments. For us, the key to his satisfaction is to provide the greatest confidence and personalized attention”.

Chairman and Founding partner of Serrano Alberca & Conde. Legal Counsel to the Spanish Parliament, Co-Director of Aranzadi´s Urban Development and Construction magazine and Member of the Royal Academy of Jurisprudence and Legislation.

In 1973, he was appointed Deputy Councillor of Urban Planning and Treasury of the City Council of Alcobendas (Madrid) and also served as Deputy Mayor of that town. In 1977 he was appointed Counsel to the Constitutional Convention, taking part in the drafting of their white paper which the current Spanish Constitution is based on.

From 1982 to 1990, he held the position of Deputy General Secretary of Parliament and Senior Counsel and Secretary General of the Senate in the Spanish Parliament. In 2003 he was awarded the Grand Cross of the Order of Constitutional Merit.

José Manuel has joined the Universidad Europea of Madrid as a Professor of Planning Law in its Master of Law for school year 2017-2018.

Since 2016, José Manuel is listed in the international legal ranking The Best Lawyers, as one of the main experts in Administrative Law in our country. Also, in 2018, he has been awarded with the prize Gamechanger of the year of the prestigious magazine ACQ5.

He is fluent in English, Italian, French and German.